Incendarius unites puzzle, stealth and horror elements into an eerie, fiery game experience. Live through the nightmares of Cayn, a young queer fire mage with a lot of emotional baggage. Use your gift of fire to strategically burn down obstacles, but beware of the consequences…

Cayn is a fire mage - a very powerful one, actually. It just so happens that his gift is also his greatest curse… Out of control, the hungry flames have caused so much destruction and suffering that creating so much as a spark will leave him in horror. He doesn't want to use his powers anymore, it feels like losing control every time. But what choice does he have? There is no return from the brink of insanity… Well, maybe there is - he just has to close his eyes and go back to his nightly dreams.

As Cayn returns back to his childhood home in his dreams, you can see through his eyes how his old home has changed for the worse. It isn’t a bright, colourful place, it never was… Its history is full of bloodshed and the end of a family dynasty. Those events happened before it was turned into an orphanage, but the ghosts of the past are still very much present in the house, and they are not good for Cayn’s mental well-being.

As Cayn burns his way through the abandoned ruins of the orphanage, he will have to face many obstacles. To overcome them, he has to use his fire powers with caution, or his trauma might resurface...There are some who will try to stop him on his way, so keep in mind that the past of the house is not entirely dead.

Cayn's diary from his childhood was torn apart and its pages are spread all over the orphanage. Collecting the pieces might allow Cayn to see his own past more clearly. Will he be able to overcome his trauma? 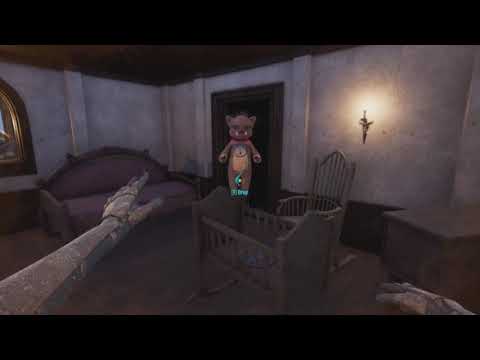